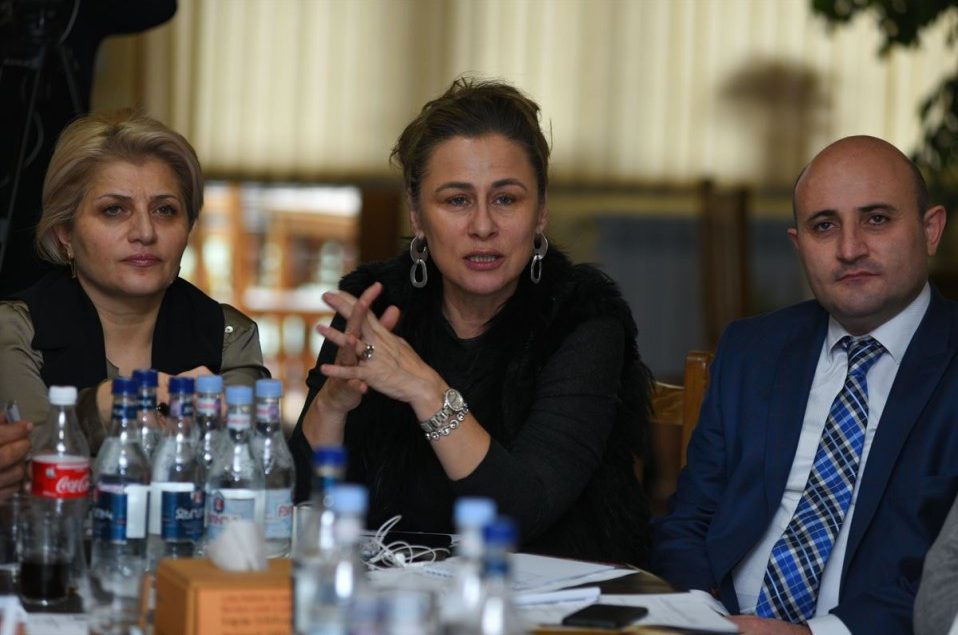 On December 14th, a round table titled “The perspectives of promoting historical, archaeological, cultural, eco and gastro-tourism development in Vayots Dzor community cluster “was organized in Silk Road hotel with active participation of community members of the region.
The aim of the workshop was to raise the awareness of public, as well as the private sector about the cultural and natural assets existing in target communities of Vayots Dzor, as well as enhance networking opportunity to create a new platform of tourism development involving also representatives from RA Tourism Committee and Fund of Development of Tourism in Armenia.
Interesting presentations were held by the Armenian historian, researcher and expert of medieval architecture, specializing in the study of the historical monuments, the head of the Yerevan branch of the NGO Research on Armenian Architecture (RAA) Mr. Samvel Karapetyan, Chairman of Armenian Speleological Center, Doctor Samvel Shahinyan, as well as a presentation on the importance of biodiversity conservation and animal totems in ancient Armenia.
The Deputy of Armenian Cookery TDP, Mrs. Ruzan Nahapetyan held a master class of local cuisine of Vayotz Dzor by cooking traditional dolma in onion, as well as consulting the locals on food preparation, delivery and conceptual design for local dishes and servings.
The project is implemented within the framework of “EU for Tourism: Community-Based Rural Tourism and Cultural Events in Gegharkunik and Vayots Dzor Marzes” project, funded by EU and jointly with World Vision Armenia